We bought our funky brown cabin when the kids were six and two.  Our neighbor, I'll call him Tom, was quiet.  He did weird things.  He did not seem to have any friends or family. He washed his car a lot but did not seem to have anything else to do. He sat in a lawn chair on his deck in a skimpy pair of shorts and slept.  He had a great tan.  That is all I knew about him for about 8 years.

I would not let the kids play in the yard close to his trailer because I thought he might be... too odd...

One day, everything changed.

My husband John was struggling with an antenna on our roof.  Remember the old TV antennas that resembled those old erector sets? When we turned on the TV in the living room, we had this little box hooked up to a small erector motor that turned the antenna in the right direction to catch the signal for the desired channel. (By the way, ours is still up on the cabin and functions and works about 17% of the time.) Well, on this particular day when John was wrestling with the antenna on the roof, Tom walked over and wondered if he could help.

Tom was smiling and talking and friendly and most importantly, helpful.

I quickly offered him a beer and he accepted. I had been painting a sample red color on the cabin to see if I liked it. So I asked him if he liked red and was this a good color to paint our brown cabin? He thought it was fine, finished his beer and left in a friendly manner.

He seemed normal, even though he had a great tan.

The next weekend rolled around and John took the kids up to the cabin on Saturday to mow and do the parental thing.  I was field tripping with the choir in the little berg of Pisgah that evening.  We sang at a church revival there and were nestled in beside the pool at the Pisgah Super 8, slurping up sodas, munching chips and whooping.

Imagine my surprise when John broke the news to me on the phone that Tom painted the entire cabin red!

He got into the garage and found the gallon of red paint and used one his brushes to paint the ENTIRE CABIN RED! 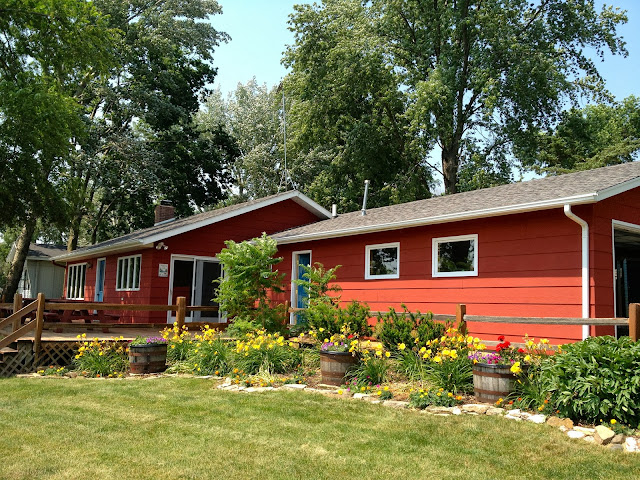 Are you kidding!!!!  Of course I liked it!  He did all that work! Without asking!  Would I rather stand on a ladder in the sun and paint it myself?

I didn't think Tom was just normal anymore; I thought Tom was phenomenal!

From that time on, not only did he paint, but he would mow and get up on a ladder to clean our gutters.  He power-washed the deck and stained the three picnic tables. He would sweep the deck when one trillion choke cherries fell in Sept. He shoveled the walks and driveway.  We never asked him to do anything and it was always a surprise to see what he had accomplished while we were gone.

He would do all of this for a thank-you batch of cookies and my left-over cooking.  He liked us and he liked to help. We liked him, too and were so grateful for all the work he did.  He came over every time we were there.  We were good friends.

He died in his sleep one night about 5 years after the initial painting incident.  I think of him every time I drive past his odd old trailer. I hope I was a good friend to him. I'm sorry I didn't know him sooner. I'm embarrassed I thought poorly of him the first 8 years we lived beside him. I completely misjudged him.

I wonder... who else?  Who else have I misjudged?

Lord, open my eyes to see those around me who need a bit of friendly.  Are there neighbors to whom I should reach out?  Odd folks who really aren't so odd if I got to know them?

Open my eyes.  Open my heart.  Guide me, oh Thou Great Jehovah...

So... I had a bit of an episode playing harp for a wedding last week. It could have been a huge 'stop-the-wedding' episode had it progressed the way things were headed. 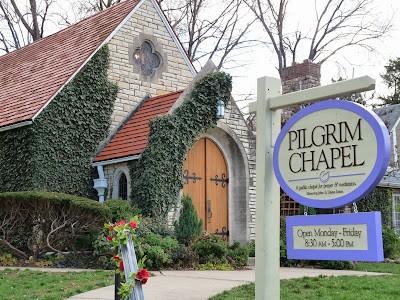 The wedding took place in a lovely quaint chapel in Kansas City called the Pilgrim Chapel.  Being as prepared as possible, I toted with me a music stand and bench, along with my largest harp, music, tuning key and harp-moving husband John. This is standard procedure, especially since I didn't know what I would find at this site.  I was glad to have my portable bench with me (and also my husband, of course) as the only chairs in this quaint chapel appeared to be pews and low seats designed for extremely short people; both of which do not work for this harpist.


John succeeded in adjusting my portable bench to its very highest and tippiest setting with barely a moment to spare before I had to start playing, and start I did.


Twenty minutes of successful playing went by and I thought I'd better check my phone to see if the bride had sent her text to tell me she was ready.  My phone was on the floor beside me and as I reached down to hit the button, my bench began tipping over... and since I was sitting on it, I began tipping over and was headed for the floor... harp and all. 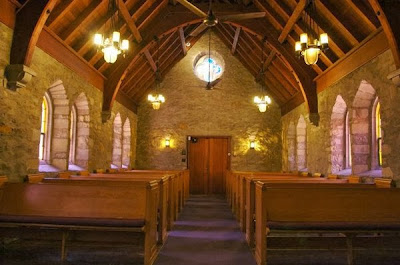 I let out a little scream (John said I said the s__t word, but of course, I didn't...) and I had one of those moments when I saw how this episode was going to play out.  John said my head was headed for the stone wall and blood was in my future, as well as a bashed up harp. I was clearly out of balance.

At the last second, I pulled up straight and put an end to this episode. I'm certain an angel helped me; possibly a whole task force has been assigned to me to assist me through such blunders.  A little gasp escaped from the audience; I'm surprised they didn't applaud.  Audiences always love a harpist no matter what the performance.


We Christians all try to live a life that is balanced.  Balance is good, right?  I try to make sure I put some time into prayer each day.  I try to read the Bible and worship each day.  I try to think of something to do for someone else each day.  I'm not unique in this.  I know a lot of people that do all these things more consistently and way better than me.  When I accomplish these tasks, I'm satisfied because these actions balance out the rest of my day which is spent doing other regular unspiritual stuff that needs to be done.  Life is good and balanced.


In my mind I see one of those old scales.  On one side I see my 'regular' actions and on the other side I see my 'spiritual' actions.  Both sides should be balanced.  Even.  Right?

No where in the Bible do I get commended for being balanced.

If I pour all of my heart, mind, soul and strength into loving God, I think this calls for something beyond my little morning routine.  All my day needs to center around God.  My thinking... My desires... My actions... My time... My entire life...


My balanced life is going to fly right out the window.


All my day will be spent with God on my mind, doing life for Him and centered on Him.  All that 'regular' stuff can be done in a God-loving and God-pleasing manner.


I quote Sarah Young in her devotional book, Jesus Today:
"Living for Me (God) is a wise investment - not only for rewards in heaven but also for daily pleasure on earth.  I (God) am meant to be the Center of your existence, the Sun around which you orbit.  When you live this way - enjoying Me, serving Me, desiring to please Me (God) - you stay in your proper orbit.  The challenge is to keep Me central in what you do, say and think.

This kind of life is completely unbalanced. That scale is completely tipped heavy on the spiritual side.  There's no balance at all.  Everything is about God... all. day. long.


I still see a need to be balanced on my portable harp bench.  That's appropriate and necessary in most situations...


My life-scale should be completely unbalanced as I love God, my all-powerful heavenly Father,  with all my heart, soul, mind and strength all day long... for all my days... forever and ever. 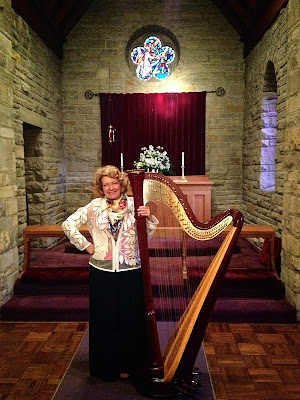