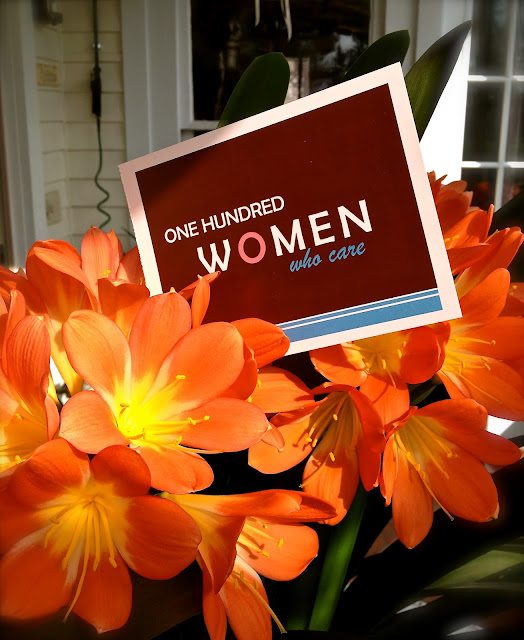 Marshalltown Public Library for the purchase of a
Momava Nursing Pod

This $ went to the Iowa Valley Leadership class's purchase of handicap playground equipment at Anson Park.

Winning Charity:  Reach Out and Read

to fund the Crisis Care program 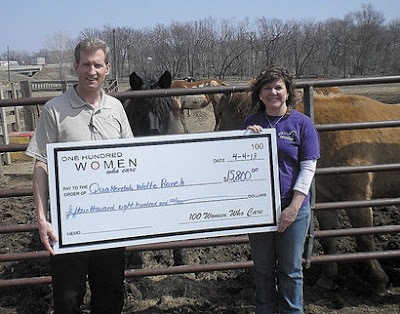 '100 Women Who Care" - You are making a difference!  Please go to this link to read the article in our local paper, The Times Republican.  When all the donation checks were in, $16,000 was given!  Amazing!

This is the email I sent out on Nov. 18, announcing the total amount of the donation:
‎
Hello 100+ Women Who Care!

You are to be congratulated!  You have made a big difference!


I talked to Ada Brown who is a volunteer there.  She was overwhelmed!  She showed me around the house located at 109 S 3rd St.  Last summer, they planned to replace the flooring because the old linoleum is all patched and has holes  that trip workers and patrons.  They were not able to get this done because they were running out of food!  So with our donations, she said they can replace the flooring AND buy food!


-It was started by the churches in town, an 18-member board runs it.


-No one takes a salary, it is run by dedicated volunteers.


-All money given is used to keep the building running and for food.


-A lot of the food that is given out is purchased through the Food Bank of Iowa in Des Moines at $.14 per pound handling charge. Other food is purchased locally (with coupons and ads). Food drives, sponsored by the Boy Scouts, Postal Carriers, Student Senates of the Middle and High Schools, Elementary Schools and other local clubs and churches, help a lot.  Many churches schedule one Sunday each month as "Food Collection Sunday."


-The people that receive food have to be referred and must meet guidelines.  For example, a family of 4 making under $42,643 qualifies for food.  They may come every 60 days.


-4 days of food (3 meals a day) is given times the number of people in the family.  The packaging list for a family of 4 is:  28 oz. of cold cereal, 1 can tomatoes, 9 cans vegetable, 4 cans fruit, 1 can cream soup, 1 can tuna, peanut butter, 2 cans pork and beans, 3 boxes mac and cheese, pasta or rice, 2 lbs. spaghetti, 1 can tomato sauce, milk voucher, juice, bread, bonus items such as soaps and toilet paper, and some kind of meat.