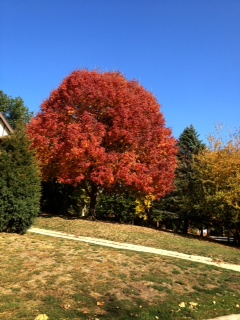 So... I'm sure I'm not the only one marveling about... and reveling in... all the color here in central Iowa.  It just was not expected!  There has been so little rain and so much heat all summer that it seemed appropriate that the leaf show would be dull and uneventful. 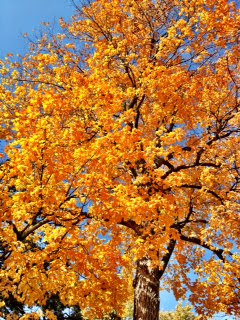 It's all sooooo gorgeous! 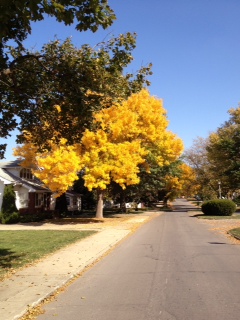 Around every corner and across every vista is a shot of color that refuses to be ignored.  I marvel at what a creative mighty God we serve!  Who else would have thought up such an ingenious plan:   "Let's see... I think I'll hit My creation with a burst of color before the white of winter..." 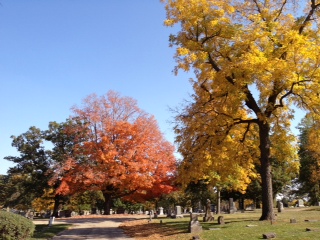 And to think that all that color sits in those leaves until fall comes... and then tah-daaaah!

Red, yellow, purple, magenta, orange all come busting out.... All that color pops out of those tired green leaves, but not until all the conditions are set in place and the timing is right.

Last week, during our weekly Monday Morning Bible Study (I betcha can't tell when we meet...) we were discussing the early church according to the book of Acts.  The MMBS has been meeting for almost 20 years and I'm telling you, we have had some very fine discussions and prayer times.  These folks are family to me; and frankly, I probably know these people better than most of my family members.  They are so dedicated to their faith in God and the fellowship of the group that they actually keep coming; it always amazes me!  Nearly 20 years ago, the class started as a 6 week gig and has kept going on and on and on...

Anyway... last Monday the discussion centered around the courage and boldness needed for the early church to keep on keeping on.  The city rulers of that day were really into idol and emperor worship and other really weird practices, including child sacrifice (really!)  The early Christians stuck to their new faith in Christ and were beaten and tortured and fed to animals because of it.  But even though horrible things happened to them, they kept on witnessing about Jesus and doing miracles in His Name.  New converts were added to their group, sometimes thousands at a time.

Finally one of the members of our group said what all of us were thinking, "I don't think I could withstand all that persecution.  I think I would give up.   I don't have that kind of courage and boldness to do miracles and witness, especially if it would get me into trouble..."  Eyebrows raised in agreement all around the room. 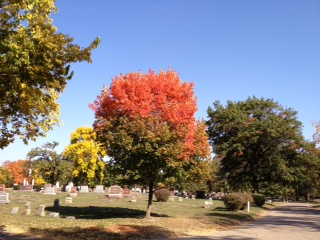 It's just like the trees.  The leaves are green but have the potential for reds and yellows all the time; but it's not visible until the conditions are right. Boldness and courage and power, even miraculous power through Jesus, have been given to each of us and are visible at just the right time.  It's called faith.

We all know this... we just have trouble believing it... or we forget. 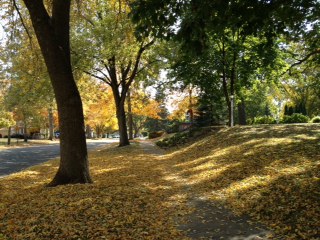 Believers, courage and boldness and Holy Spirit power are in you...  and love... and self-discipline....  and a whole lot more...

2 Tim. 1:7 says, "God did not give us a spirit of timidity, but a spirit of power, of love and of self-discipline."

Be bold!  Be courageous!  Timidity (what a great word!) is out, power is in! 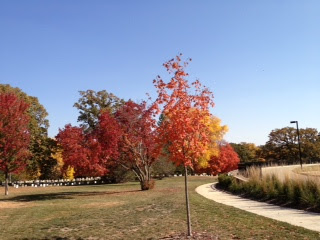 Email ThisBlogThis!Share to TwitterShare to FacebookShare to Pinterest
Labels: 1 Timothy 1:7, Be bold and courageous