(This guest post was written by a singing friend of mine, Joan Greufe.  She has an incredible story of being 'nudged' by God.  I invited her to write so that you would be encouraged and inspired to step out in something new... even if you don't quite have the faith to do it!  Enjoy!)

Restless - agitatedly moving about, not composed, in continual motion, constantly seeking change.
I like to think that I am a person that can take care of my family and myself and that I have it all together. I have had some experiences in my life that I wouldn’t want to relive, but really I was living a good life. 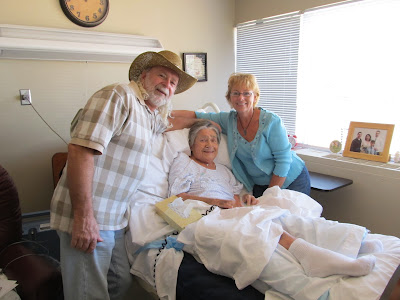 Then it happened; I felt restless. All at once I wasn’t feeling fulfilled with what I was doing and where I was going in life.

At the time, my husband and I just gone through the “empty nest” thing. I had a day care business in my home and my husband was working, but I was restless... I needed more, but more of what??

About this time, I was singing some solo songs at church and felt God’s reassurance that singing was  what he wanted me to do in my life. I remember talking to Janet and telling her that I wanted to record a CD of the songs that I was singing in church. Through many tears, I told her that is what I wanted to do but I didn’t have faith that anyone would want them… After all, who was I and what would people think? I even went as far as getting the name of a man who had a recording studio in his home. 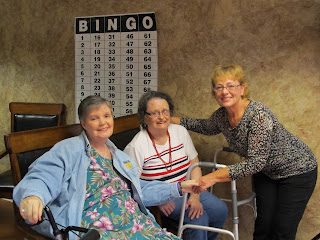 This restlessness lasted almost 3 years. Then, one Sunday morning, God put the guy with the recording studio right there in MY church! (I think God was getting a little impatient with me!) The CD was recorded and so many things started changing in my life.

I believe that restlessness was God nudging me to take that step in faith and believe in myself. 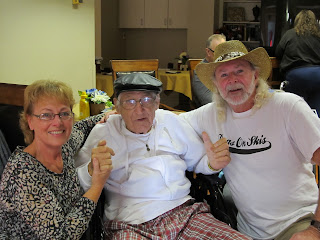 Phil Gould, the man that recorded my CD, is also a Christian. He was going into nursing retirement homes and singing country and gospel music. When I retired from my day care business, he asked me to join him. Now we have a true blue Music Ministry. Two years ago, we were going into about 10 places; now we have expanded to over 30. In fact, last year we had 333 bookings and it looks like we will do even more gigs this year!

And... we have a name! We call ourselves Sugar and Spice! 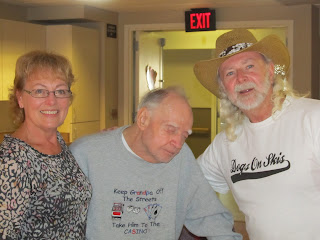 Going into all those homes and singing for all those elderly people is all about serving others.There is so much that God has taught me. The other day, a lady said she wished she had something to give us as a token of her appreciation for us coming and singing. I told her that her smile was the only thing she needed to give us.

We never know how many hearts we touch with our music but we do know that we are touched every day by serving God and stepping out with this ministry. Listening to Him and following Him isn’t always easy and you might not think you are doing the right thing. But my life is so much better, happier, more fulfilled and peaceful now than when I was restless.

Listen to what God is telling you. I wasted three years running, hiding and ignoring what God was telling me. Listen…God is talking to you - act on it!!
This is not what I had planned for my life, but I know that God is using us - he has us right where he wants us. 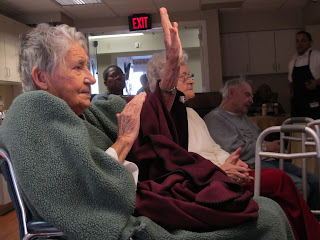 Posted by Janet Collison at 4:01 PM