So… An odd thing happened in church a couple of Sundays ago.  Jan, organist extradinaire, was lustily playing the closing song on the pipe organ.  It was a jaunty melody, as far as hymns go, and as she was finishing with a flourish, one of the pipes didn't.

It was stuck in 'on.'  Air continued to rush through it, causing it to keep sounding.  A high E flat.

My own high pitched cackling giggle joined it…  As did several others.

Jan quickly hit the switch to shut down the entire organ - pronto.  And with a downward wailing sound, the high E flat became silent.

Grinning, the pastor graciously commented and benedicted us out of the service.

Several of us popped up to the organ bench to see what we could see.  This has happened before.  There's something about all this cold weather that makes pipes stick.  In fact, the entire organ, which is as old as dirt, sort of goes berserk at this time of year, going in and out of tune with each passing Iowa snow storm. 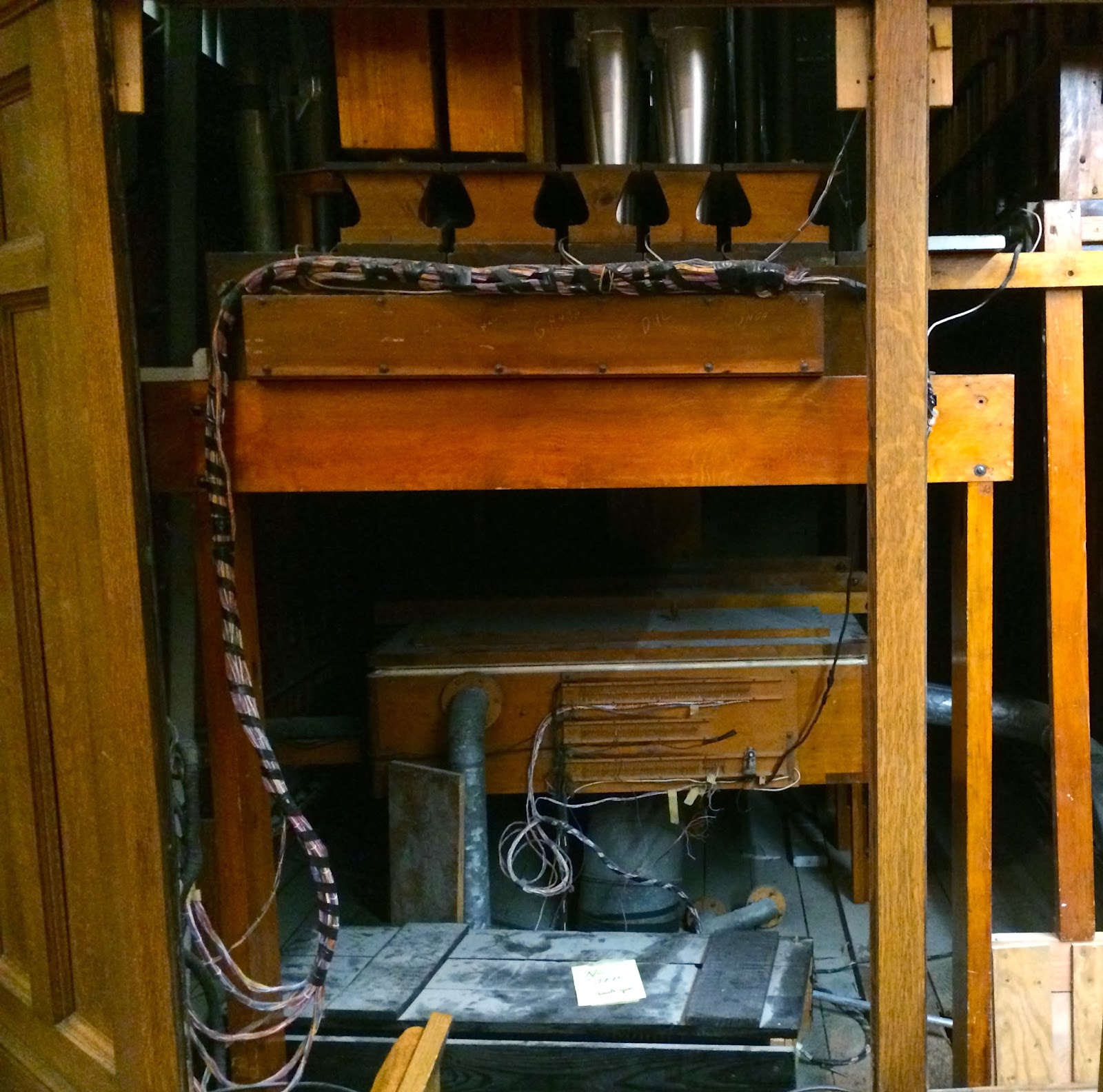 The organ technician from some other world (an elderly gentleman with an odd case of odd tools) will need to be called and perhaps a prehistoric pipe part will need to be ordered and installed.  This could take 6 months or so. 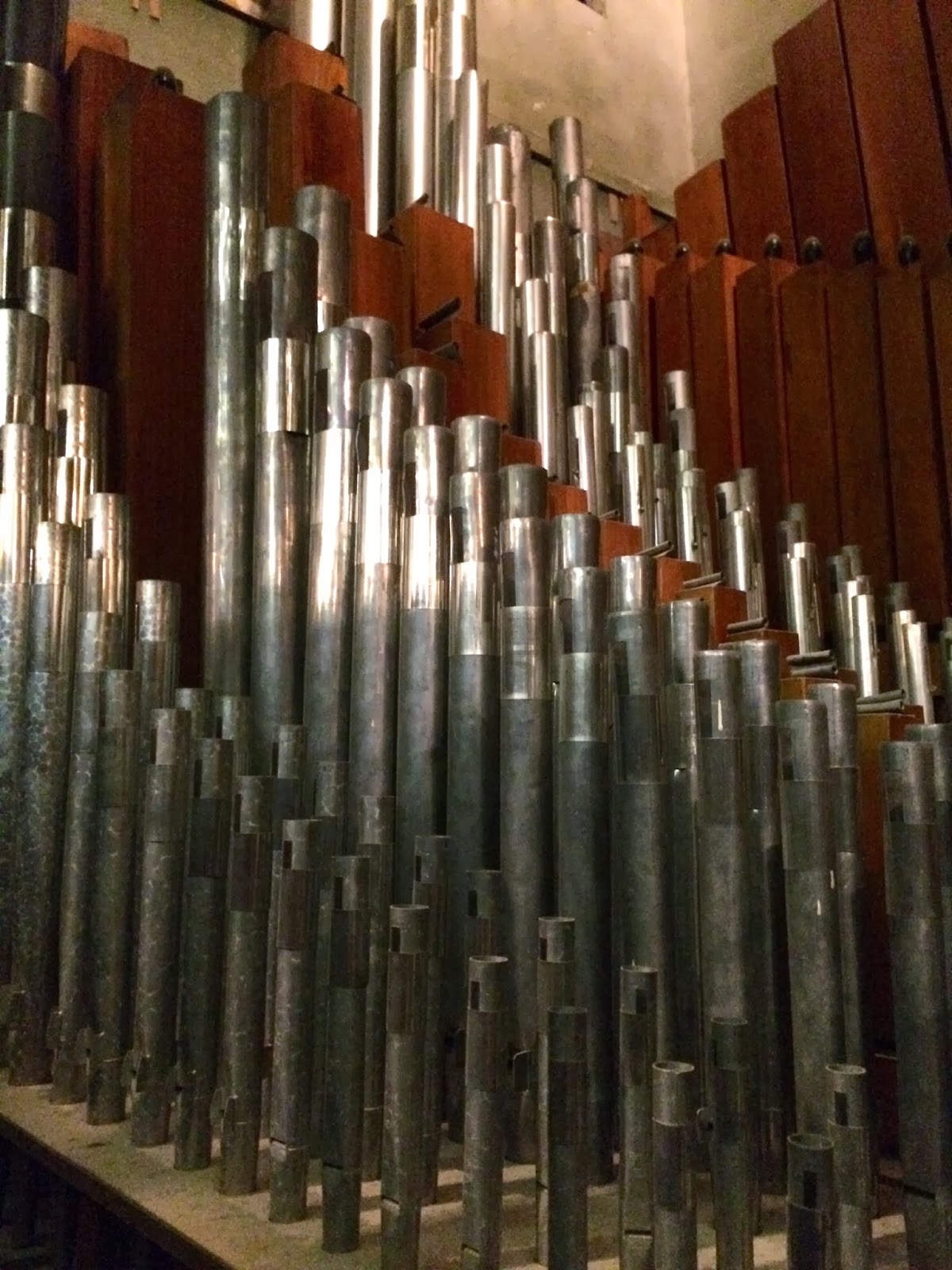 Until then, high E flat will be turned off… unhooked… shut down.


Yesterday, the wall surrounding the pipes was removed and Gary, a fellow from our church who knows everything organ, risked his life and crawled up into the dusty pipe gallery.  He gallantly shut down the offending pipe; it was the right thing to do in this case but honestly….

We could all take a lesson from high E flat. 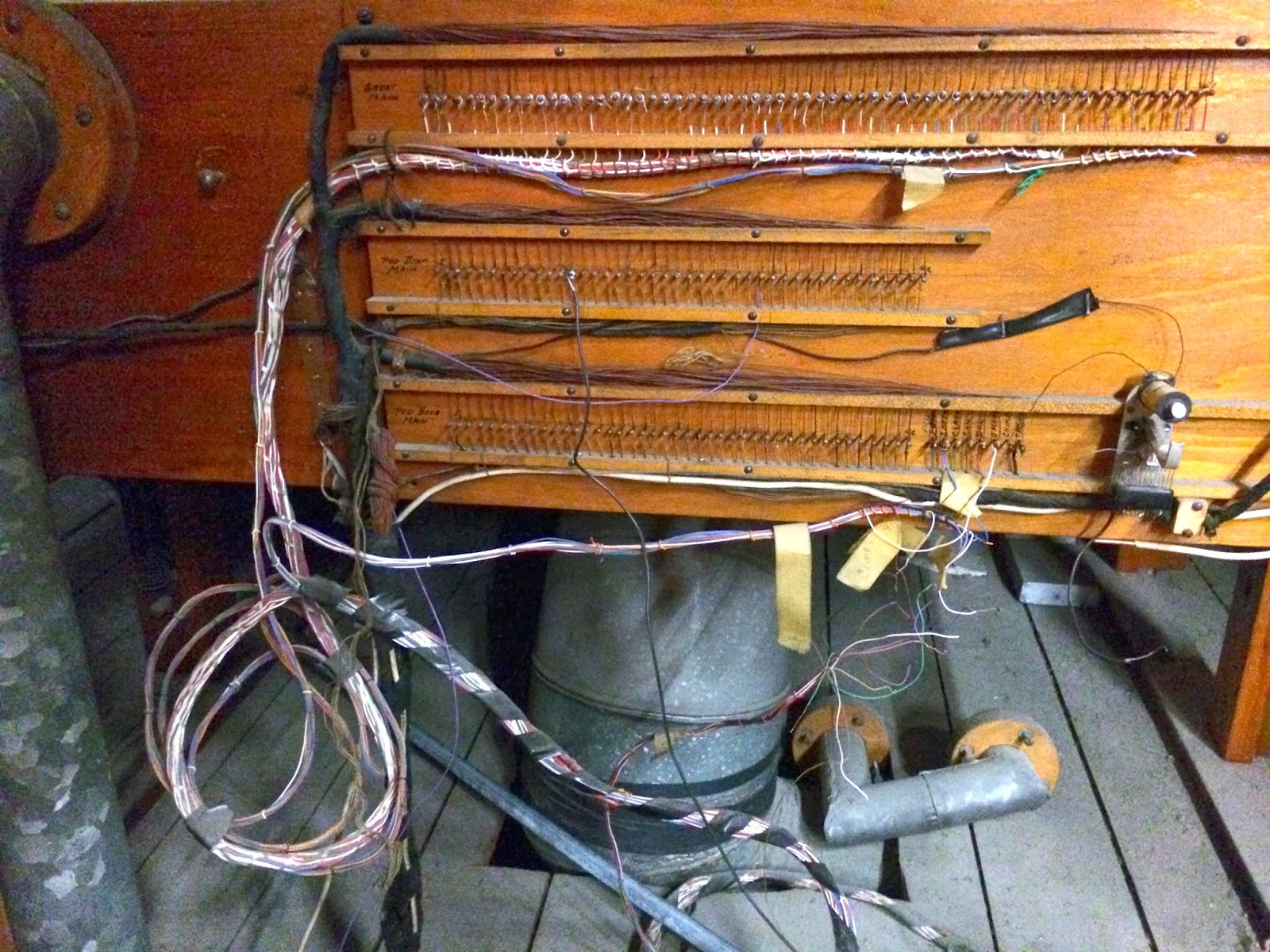 Our praise should continue well after our worship service shuts down. It should stick long after we get home and eat lunch.  It should be in our thoughts as we settle into our comfy chairs and watch the Olympics.  It should be the first thing we think of as we wake the next morning (or several times during the night.)

In fact, every single minute of our life should offer worship and glory to our mighty God.  We should not shut down nor should we shut anyone else down. 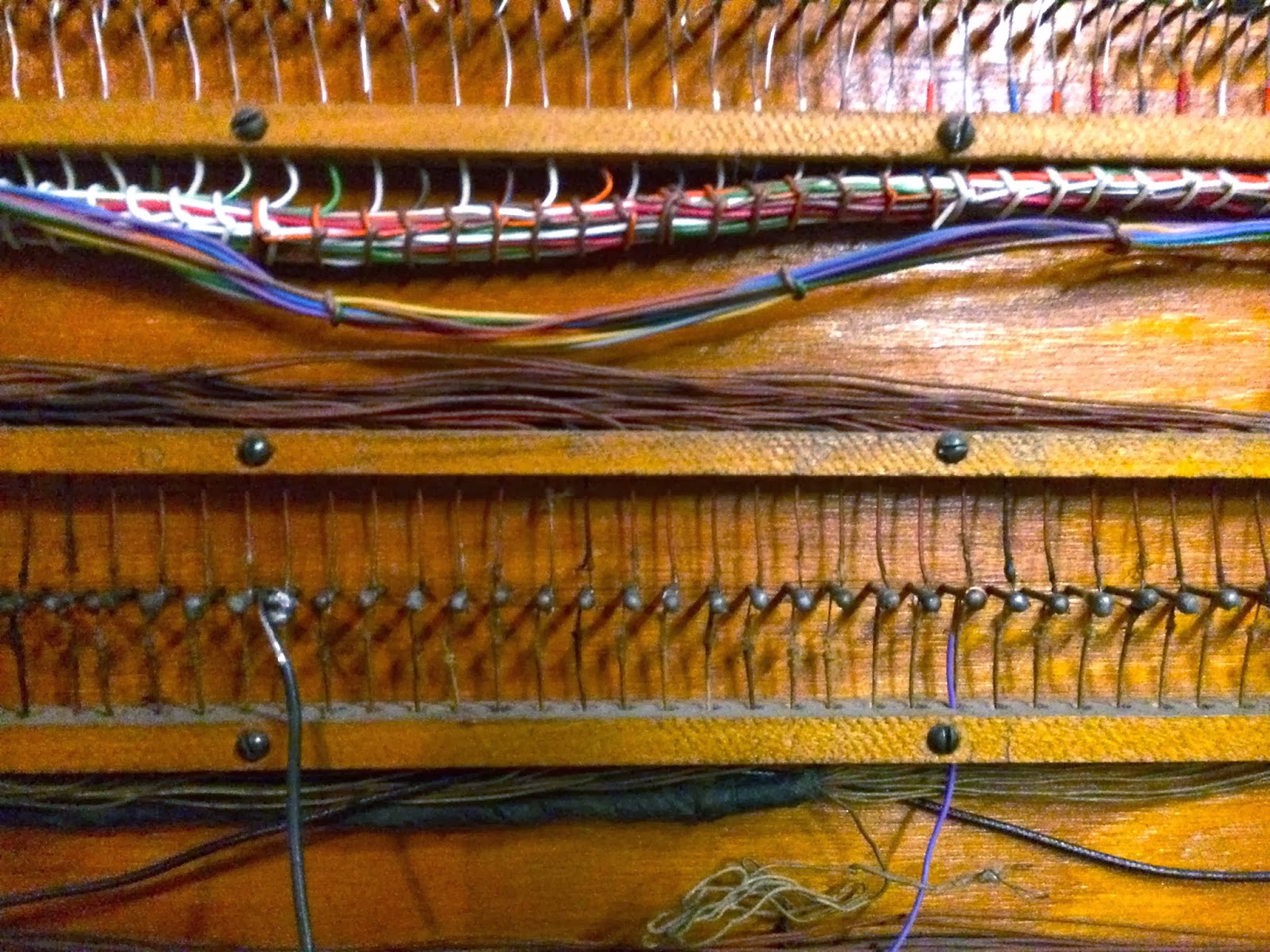 Psalm 34:1:
I will extol the Lord at all times; His praise will always be on my lips.

Psalm 63:4:
I will praise You as long as I live, and in Your Name I will lift up my hands.

In Dialogues with God by Frances J. Roberts, she pens this ode entitled "Praise of the Infinite:"

O My child, the heavens are filled with songs of praise, and above the tumult of a decadent world, I hear the sweet music of the prayers and hymns of My people.
Before the world began.. before the creation of human life, the morning stars sang together in a great paean of praise  As a mighty organ, the planets were as an instrument in the hands of the Almighty Creator God, expressing the very joy of His heart.  Selah!

Be that high E flat pipe that gets stuck 'on' in your praise of our mighty God. 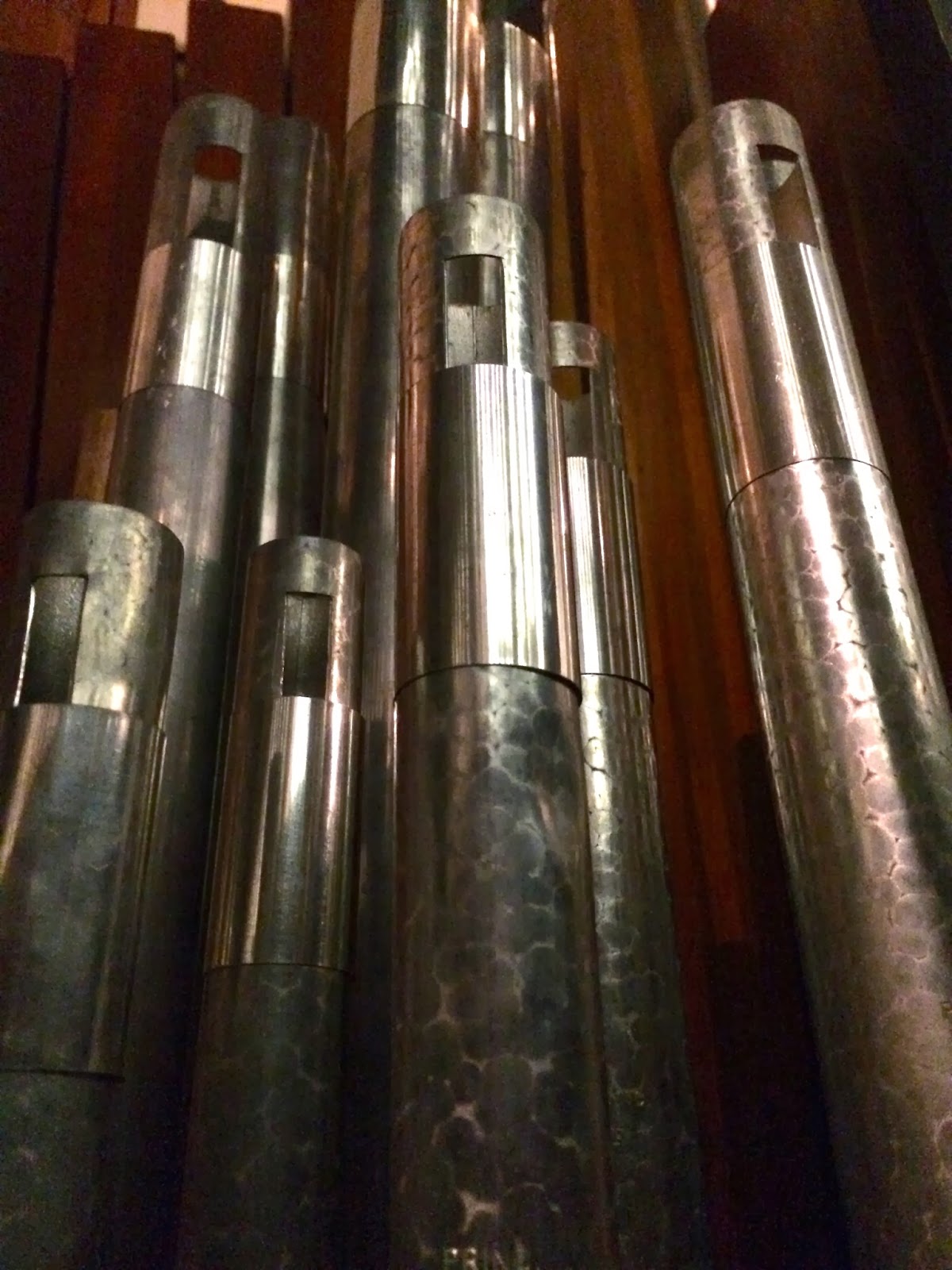 Pardon?:  The standard answer when someone asks you why you play the organ so loudly.

The minister was preoccupied with thoughts of how he was going to ask the congregation to come up with more money than they were expecting for repairs to the church building.

He gave the organist a copy of the service and asked her if she could come up with some kind of inspirational music to play, after he made the announcement about the finances, to help put the congregation in a giving mood.

"Don't worry, I'll come up with something," she said.

During the service, the minister paused and said, "Brothers and sisters, we find ourselves in great difficulty.  The cost of the roof repairs is twice as much as we expected, and we need $4000 more.  Any of you who are able to pledge $100 or more, please stand up."

At that moment, the organist began playing "The Star Spangled Banner."

What do you call 101 organs at the bottom of a lake?  A good start!

What do you get if you drop an organ on an army base?  A flat major! 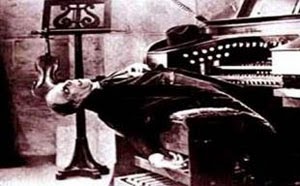 Why are an organist's fingers like lightning?  Because they rarely strike the same place twice!

Why doesn't heaven have a pipe organ?  Because they needed the keys in hell to make accordions.

The organ is the instrument of worship for in its sounding we sense the Majesty of God and in its ending we know the Grace of God.

Miss Beatrice, the church organist, was in her eighties.  She was admired for her sweetness and kindness to all.  One afternoon the pastor came to call on her and she showed him into her quaint sitting room.  She invited him to have a seat while she prepared tea.

As he sat facing her old Hammond organ, the young minister noticed a cut-glass bowl sitting on top of it.  The bowl was filled with water, and in the water floated, of all things, a condom!  When she returned with tea and scones, they began to chat.

The pastor tried to stifle his curiosity about the bowl of water and its strange floater, but soon it got the better of him and he could no longer resist.  "Miss Beatrice, " he said, "I wonder if you would tell me about this?" pointing to the bowl.

"Oh yes," she replied, "Isn't it wonderful?  I was walking through the park a few months ago and I found this little package on the ground.  The directions said to place it on the organ, keep it wet and that it would prevent the spread of disease."

…and of course, this is my husband's favorite:

Did you hear about the man who went streaking though the church?

They caught him by the organ... 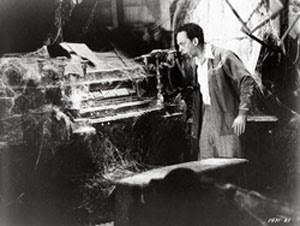 Posted by Janet Collison at 3:18 PM