The Old Man on the Beach

So… a friend of mine found this story by Max Lucado and shared it with me.  Now, I share it with you.  As with all Lucado writings, this touched my heart and helped me understand.  It came from the book In The Eye of the Storm, pages 221-226:

"An old man walks down a Florida beach.  The sun sets like an orange ball at the horizon.  The waves slap the sand.  The smell of saltwater stings the air.  The beach is vacant.  No sun to entice the sunbathers.  Not enough light for the fishermen.  So, aside from a few joggers and strollers, the gentleman is alone. 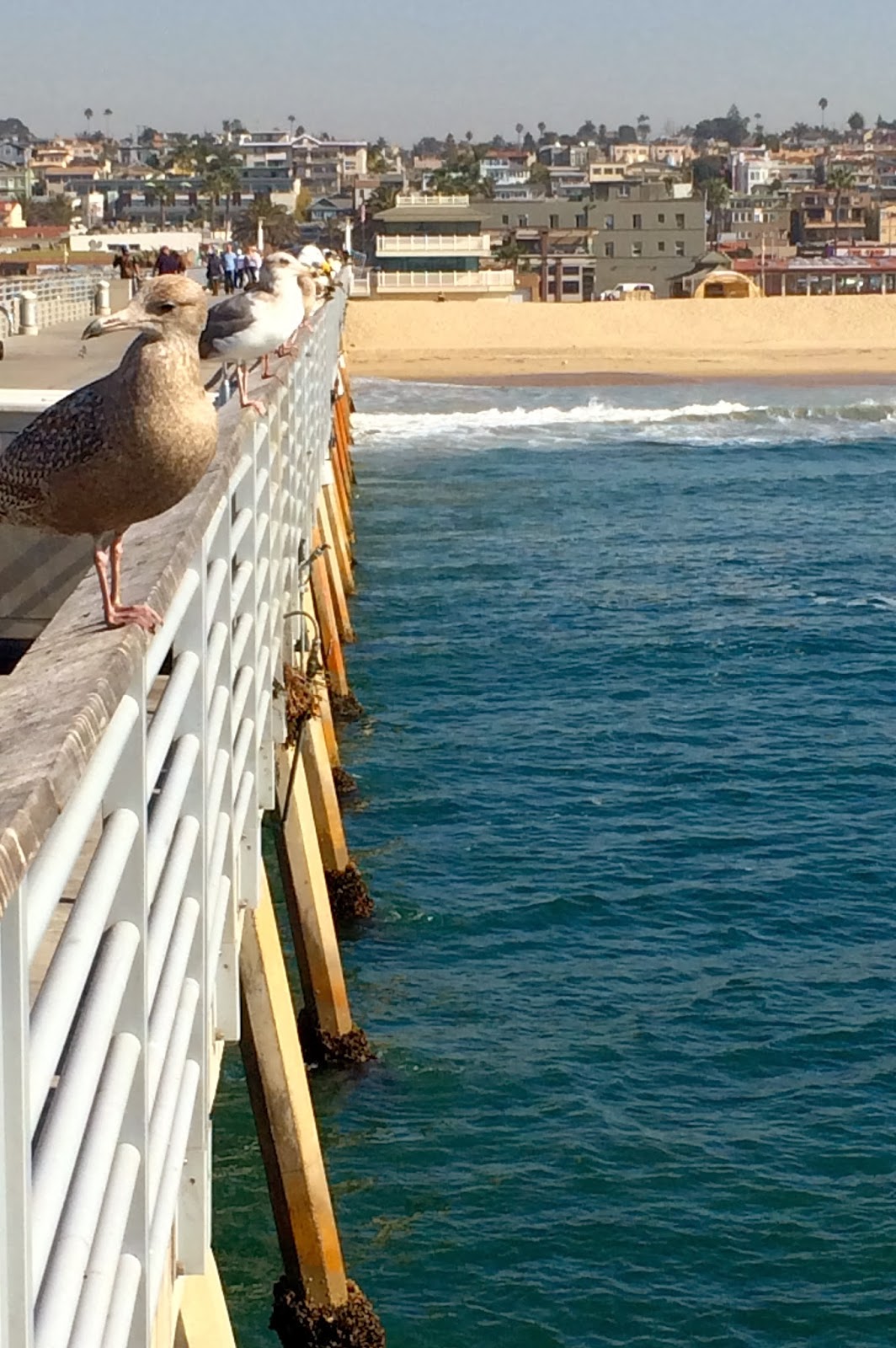 He carries a bucket in his bony hand.  A bucket of shrimp.  It's not for him.  It's not for the fish.  It's for the sea gulls.  He walks to an isolated pier cast in gold by the setting sun.  He steps out to the end of the pier.  The time has come for the weekly ritual.  He stands and waits.

Soon the sky becomes a mass of dancing dots.  The evening silence gives way to the screeching of birds.  They fill the sky and then cover the moorings.  They are on a pilgrimage to meet the old man.

For a half hour or so, the bush-browed, shoulder-bent gentleman will stand on the pier, surrounded by the birds of the sea, until the bucket is empty.

But even after the food is gone, his feathered friends still linger.  They linger as if they're attracted to more than just food.  They perch on his hat.  They walk on the pier.  And they all share a moment together.

Got the scene?  Now put it on the back burner for a few minutes.

Matthew 15: 29-32:  Jesus left there and wen along the Sea of Galilee.  Then He went up on a mountainside and sat down.  Great crowds came to Him, bringing the lame, the blind, the crippled, the mute and many others, and laid them at His feet; and He healed them.  The people were amazed when they saw the mute speaking, the crippled made well, the lame walking and the blind seeing.  And they praised the God of Israel.

Jesus called His disciples to Him and said, "I have compassion for these people; they have already been with Me three days and have nothing to eat.  I do not want to send them away hungry, or they may collapse on the way."

For three days Jesus did a most remarkable thing - He healed them.  "The lame, the blind, the crippled, the mute and many others" came to Him, Matthew wrote, "and He healed them."

Many times I wish that the New Testament writers had been a bit more descriptive.  This is one of those times.  "And He healed them" is too short a phrase to describe what must have been an astonishing sight.

Let your imagination go.  Can you see the scene?

Can you see the blind husband seeing his wife for the first time?  His eyes gazing into her tear-filled ones like she was the queen of the morning?

And what about the mute who could speak?  Can you picture him sitting by the fire late into the night and talking?  Saying and singing everything and anything that he had ever wanted to say and sing.

And the deaf woman who could now hear.  What was it like when she heard her child call her "Mamma" for the first time?

For three days it went on.  Person after person.  Mat after mat.  Crutch after crutch.  Smile after smile.  No record is given of Jesus preaching or teaching or instructing or challenging.  He just healed.

"The people,"  Matthew wrote, "were amazed when they saw the mute speaking, the crippled made well, the lame walking and the blind seeing."  Four thousand amazed people, each telling a story grander than the other.  In the midst of them all is Jesus.  Not complaining.  Not postponing.  Not demanding.  Just enjoying every minute.

Then Matthew, still the great economizer of words, gave us another phrase on which I wish he would have elaborated:

"They praised the God of Israel."

I doubt seriously if they wrote a creed on how they were to praise this God they had never before worshiped.  I can't picture them getting into an argument over technicalities.  I doubt if they felt it had to be done indoors.

And I know they didn't wait until the Sabbath to do it.

I can picture a mom and dad standing speechless before the Healer as they held their newly healed baby.

I can envision a leper staring in awe at the One who took away his terror.

I can imagine throngs of people pushing and shoving.  Wanting to get close.  Not to request anything or demand anything, but just to say "thank you."

Perhaps some tried to pay Jesus, but what payment would have been sufficient?

Perhaps some tried to return His gift with another, but what could a person give that would express the gratitude?

All the people could do was exactly what Matthew said they did.  "They praised the God of Israel."

However they did it, they did it.  And Jesus was touched, so touched that He insisted they stay for a meal before they left.

Without using the word worship, this passage defines it.  Worship is when you're aware that what you've been given is far greater than what you can give.  Worship is the awareness that were it not for His touch, you'd still be hobbling and hurting, bitter and broken.  Worship is the half-glazed expression on the parched face of a desert pilgrim as he discovers that the oasis is not a mirage.

Worship is the "thank you" that refuses to be silenced.

Worship is a voluntary act of gratitude offered by the saved to the Savior, by the healed to the Healer, and by the delivered to the Deliverer.  And if you and I can go days without feeling on urge to say "thank you" to the One Who saved, healed and delivered us, then we'd do well to remember what He did. 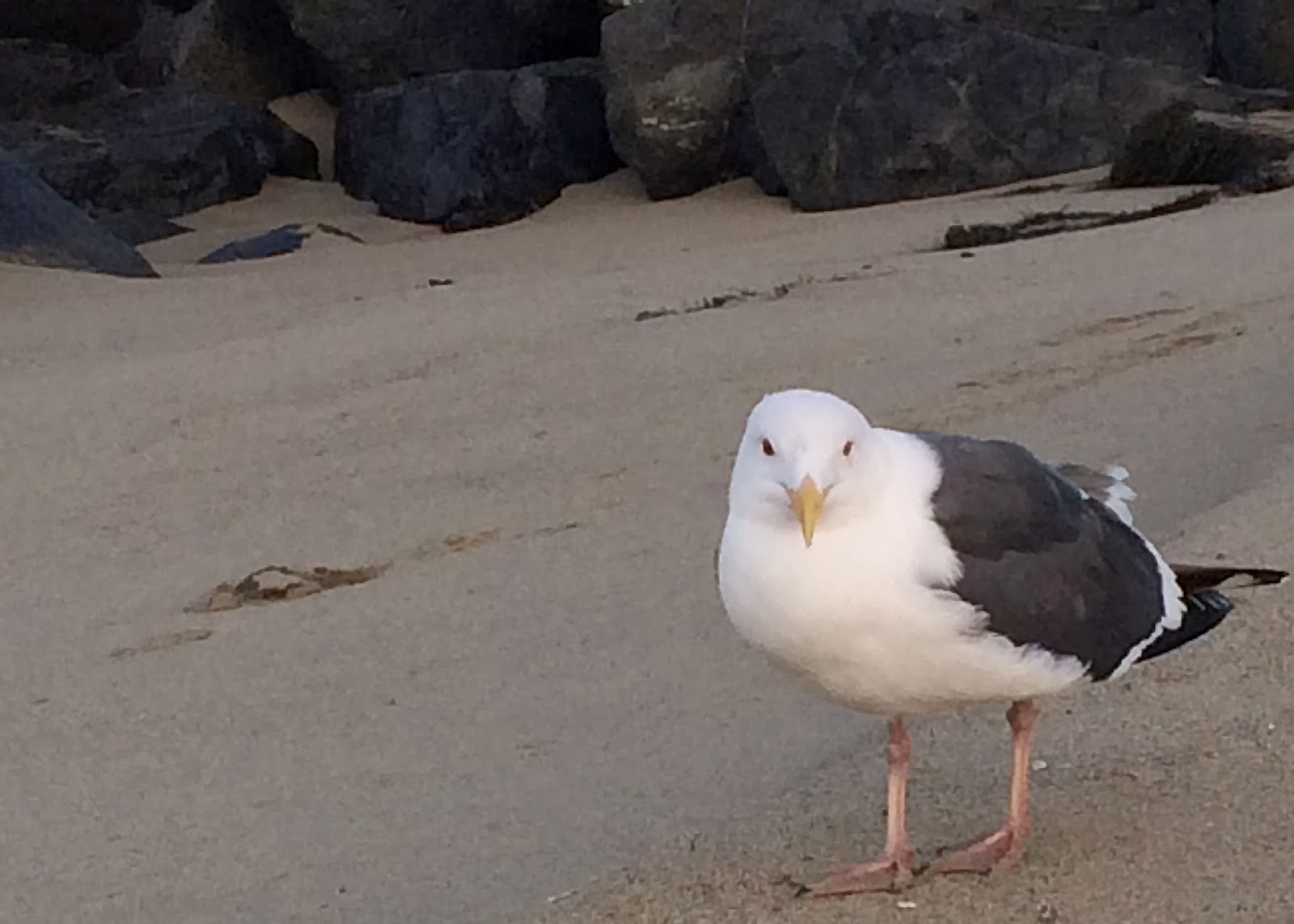 The old man on the pier couldn't go a week without saying "thank you."

His name was Eddie Rickenbacker.  If you were alive in October 1942, you probably remember the day that he was reported missing at sea.

He had been sent on a mission to deliver a message to Gen. Douglas MacArthur.  With a handpicked crew in a B-17 known as the "Flying Fortress," he set off across the South Pacific.  Somewhere the crew became lost, the fuel ran out, and the plane went down.


All eight crew members escaped into life rafts.  They battled the weather, the water, the sharks, and the sun.  But most of all, they battled the hunger.  After eight days, their rations were gone.  They ran out of options.  It would take a miracle for them to survive.

And a miracle occurred.

After an afternoon devotional service, the men said a prayer and tried to rest  As Rickenbacker was dozing with his hat over his eyes, something landed on his head.  He would later say that he knew it was a sea gull.  He didn't know how he knew; he just knew.  That gull meant food… if he could catch it.  And he did.

The flesh was eaten.  The intestines were used as fish bait.  And the crew survived.

What was a sea gull doing hundreds of miles away from land?

But whatever the reason, Rickenbacker was thankful.  As a result, every Friday evening this old captain walked to the pair, his bucket full of shrimp and his heart full of thanks.

We'd be wise to do the same.  We've much in common with Rickenbacker.  We, too, were saved by a Sacrificial Visitor.

We, too, were rescued by One Who journeyed far from only God knows where.

And we, like the captain, have every reason to look into the sky… and worship.